They Don’t Call Me Holmes For Nowt

They don’t call me Holmes for nowt.

It’s an expression I use a lot!! Yup, my ego occasionally likes to think that it’s funny, hilarious even.

Helpful? Always.  Why?  Because this is about addressing the issues that really matter and overcoming the hurdles that are standing in their way.  Those hurdles that are keeping them stuck or holding them back.  It might be the stuff that seems totally trivial – like they don’t like their logo.  It might be stuff that’s getting in the way of doing other stuff – like they don’t like their website so they are not going to get involved with any efforts to drive traffic over there OR it might be simple stuff like not feeling “aligned” to have they are doing.  On that there last one they are often looking at alignment in all the wrong ways (I wrote a little blog about that previously – take a little read here).

So, recently I started binge watching the BBC adaptation of Sherlock.  I’m not a big telly watcher but if I get into something it’s time to clear a little time and fill my cup on something I love.  If you haven’t seen it then I’d suggest that you take a look for it.

Sherlock often trundles off to his Mind Palace in order to access the information stored within his brain.  Some might stay that it’s kinda like a meditation or trace state where he accesses the deep seat stuff that he knows, but that he can’t pull quickly into his conscious mind.

As he accesses this bank of information words and phrases are seen in front of him.  He swipes them off in a way (I’m told) a desperado would swipe through Tinder.

That thought, idea or concept he was trying to access pieces together.

Sometimes it’s simply a matter of accessing our Mind Palace, sieving through the shit and finding the bits that piece together.

What does it take to access your Mind Palace?

Whatever your thing is to set you free and allow your mind to wander will work.  If you try to force it then it simply won’t come.

How will it look?

Whatever it looks like for you, it will help you to come to some conclusions.

If you feel so stuck that you can’t do it alone then enlist the help and support of some cheerleaders, a friend or a coach/mentor to bring it forth, give you some ideas and get you unstuck. 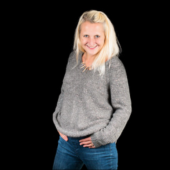 Hygge – A Habit Worth Having?

Prada or Primark – An Alternative Look At The Ideal Client Concept

Are You Energy Sponging?