I’m writing this because I have a couple of things that I know come up for a lot of people.

I know that “self care” is one of those buzz phrases that seems to be every where right now and I know that it’s interpretation is an eclectic spread of definitions that range for time spent in solitude to time spent doing shit that lights you up.  I know that it can also be attached to having nice baths and meditation and lots of people have got it totally wrong.

I’m not a big lover of the phrase self care as it’s negative connotations of being selfish reverberate through me no matter how many times the mantra – self care isn’t selfish – is used.  I’ve even used them BUT I can’t seem to move it away from these hot baths and nights of blissful silence.

Self care might work for you as a word and if it does then that’s totally cool.  If it doesn’t then the concept is one to explore a little further.  I like to look at it as doing things to fill my cup.  You can’t give from an empty vessel and it’s so important that you take steps to fill your cup and take care of yourself.  You can only ever be at your best when you are feeling good.  If you are tired or angsty or negative or grumpy then you ain’t ever going to be able to put your all into anything – whatever role we look at that being in your world.

This video absolutely struck a cord with me when it was forwarded to me….

The Course of Miracles says that if you put others before you to the extent that it’s of detriment to yourself then you make the other person a thief – without even intending to make that other person a thief.  You MUST fill your cup up for you so that you can give the excess willingly and freely to others.

FILLING YOUR CUP – PARTICULARLY AS A MAMMA

So, filling my cup has always been one that has kinda often had a conflict flying within me because I truly always want to be in a position to help other people and I suppose that at times I have done that & sacrificed myself in the process.

Add the extra layer of being a Mamma in here and jeez we have people who do, absolutely, come before us in our world.

I’ve heard people talk about putting on the oxygen mask and that on a plane they always ask you to fit yours before you help other people – totally counter-intuitive as a Mamma in my book.  If those oxygen masks fell from the ceiling I think I would find it really hard not to help my children first.  I hope I’m never put in the position to have to try to remember the oxygen mask advice and take action on it.

I also know that I am a better Mamma when I have a full cup.  If I haven’t been looking after myself then I can be grumpy and short tempered.  I am much more fun to be around with a full cup!

The conflict rages as a Mamma about desperately wanting to take time for yourself whilst simultaneously not wanting to let others down.

FILLING YOUR CUP – PARTICULARLY AS A BUSINESS OWNER

So I am going to heap on top of the “being a Mamma” with also being a business owner.  Isn’t taking time out to do things for me going to cost me money?  I could just be getting on with this piece of work, writing that blog, posting that social media, getting my website sorted, MAKING SOME MONEY!

The temptation is to work harder.  This is your baby, you need to give your baby the best possible start in life.

Once you’ve given it the best opportunities early on then you need to nurture it.

THEN you’re frightened that if you don’t keep working this hard then it’ll all fall to shit!!

FFS!! How do I justify filling my cup?

Self care (blah blah blah) isn’t about your self hygiene routine and a bath every now & then ain’t going to cut it I’m afraid.  Now, don’t get me wrong, an uninterrupted bath which doesn’t include a little person, toys and splashing is an absolute joy BUT we need to be thinking about this shit a little differently.

The first thing we need to do is make sure we are looking after ourselves at a VERY BASIC level.  Are you drinking enough water?  Are you stopping for lunch?  I was bad at this stuff.  I now have a 2 litre bottle of water by my desk and a sippy cup to drink it from – the result?  2 litres administered within the working day.  Lunch?  I would often look up & it was time to go on the school run – eeeekkkk, missed that lunch thing again.  So, I set a reminder on my phone to go off at lunchtime every, single, day!

NOW ONTO THE OTHER STUFF!

Beyond the basics it’s broken down into;

Now, sometimes I have my shit together with this stuff and sometimes not so much so BUT I’m cool with that and I’m much more mindful of it than I’ve ever been.

Think about what makes you feel good in these areas.  What is it that stimulates the happy hormones??  Do that shit!!

I know that as parents, biz owners, spouses, siblings, children and all the other hats we wear on a day to day basis self care can invoke those feelings of guilt and irresponsibility because you aren’t doing other shit but let me tell you, you do the other shit so much better with a full cup, you are much more pleasant to be around and life sings a completely different tune.

Add to that the message you send out to the Universe that you are worthy of time, effort & attention.

Layer on top the fact that you are much more able to serve and do good in the world with a full cup.

AND add a side order of attracting what you are.

THEN filling your cup becomes a much more acceptable prospect.

You don’t need to come behind the spiders in the house hierarchy.

You need to walk your talk and show that you are worth looking after (remember little eyes watching often learn what they live and you wouldn’t want them not looking after themselves now would you?)

As I say – some days you will be rocking it and other days – ah, not so much so. What we have to do is strive for positive improvements and be mindful of not neglecting us.

The only other option is burn out and burn out sucks!

p.s if it’s time to ring some changes in your world then you might just wanna get your hands on The Change Matrix…..

It might be that right now you know that you need to ring some changes in your world but you’ve no idea what needs to change or how to go about it OR you might be crystal clear on the changes that need to happen but you just don’t seem to be able to bring them together.  I get it.

I want you to know that the catalyst for change AND the execution of that change CAN be super simple.  No dragging your butt through will power or forced action.

I’ve popped together a little guide to get you started. 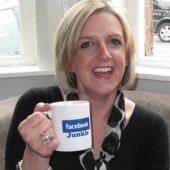 Why Your Content Feels Chaotic (& what to do about it)

Is Your Customer Service Costing You?

The Power Of Good Photos